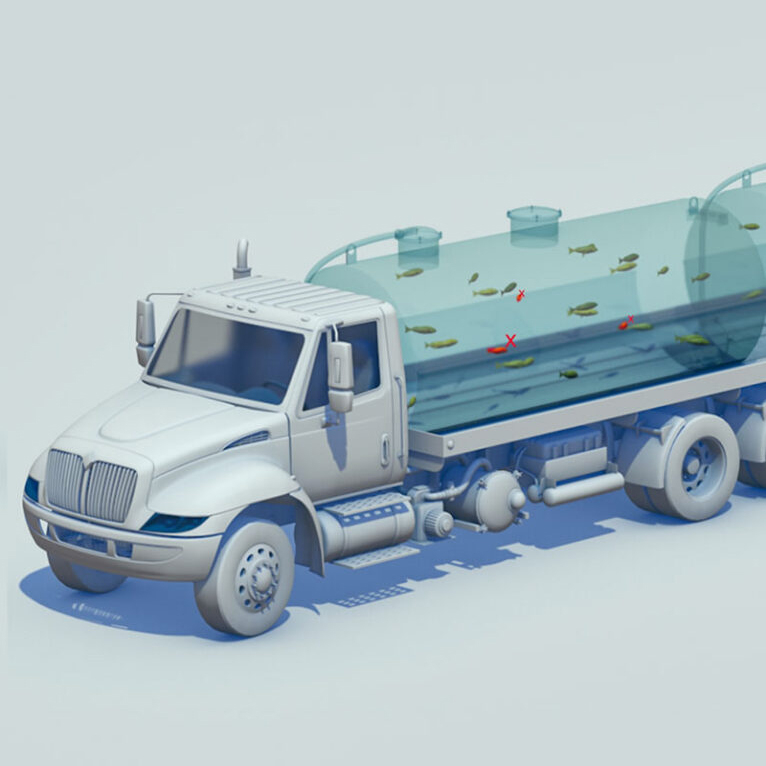 After raising fish for many months, growers often transport their fish to the ocean, lakes or other grow-out locations. Transport distance/time varies greatly from minutes to hours and possibly overnight and controlling DO levels during transport is critical for the well-being of the fish. A good oxygen monitoring system can control dissolved oxygen as needed and alarm in the event of a failure. The key reasons to have a transport system are as follows: